Retirement. It's a thing I think of every once in a while. However, it feels far away, and if I'm honest with myself, it's something that may never truly happen for me. I'm not excellent with money, and as previously mentioned, I don't think about it all that often. I feel like people that comfortably retire keep a close eye on their retirement fund, whereas I just let my work take care of it and as far as I know, they just put it all on red at the casino.

I read recently that 1 in 6 millennials have $100000 saved. I am POSITIVE that I don't know that many people with that much money saved. It also said that by 35 you should have double your salary saved, and again, that isn't where I'm at.

What is it that has me thinking about retirement now, you may ask. Today would have been my mother's 65th birthday. My dad, still with us, is 70 this year and still not retired. I imagine my mom wouldn't have been either. Perhaps a 'soft retirement' where she continues to make an income or something of that nature. Or who knows. It's been 12 years, nearly, since she passed and anything could have happened in that time to change the circumstances. And I was only 23 when she passed, so I might not have had the best grasp on where she was financially, but I think I have a pretty good idea.

Of course, it's not just the retirement that's been on my mind. This day, and the day she passed, always bring an increasingly hazy mix of memories and general malaise. It's a numb feeling and one that creates a discord in my brain as I sometimes can't feel anything and think that I should be. Sometimes, it's a day of deep feeling and a huge flood of memories as if I were with her just yesterday. I wish there were a way for me to funnel those things or control them in any way, or at the very least understand them. Until the possible day comes where I might understand that, I will be here, the waves passing over me with whatever they may bring, hoping to live healthily to a day I may retire myself. 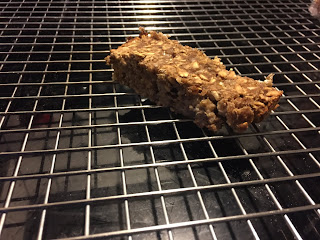 In a medium bowl, mash bananas with lemon juice, cocoa, vanilla and cinnamon. Stir in 1 1/2 cups of oats, protein powder, baking powder, salt and the apple. If the mixture is runny, add the rest of the oats. If it has a thickened oatmeal texture, you're good. Once that consistency is reached, flatten it all into a lined or greased bread pan. Bake for 15-20 minutes for chewy and 25-30 for a firmer bar. Cut into bars and let cool before removing from pan.
Posted by Tobias at 3:44 PM No comments: 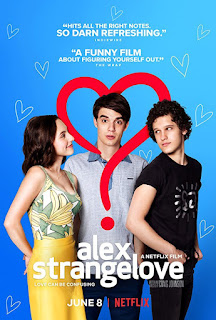 
I had some free time, and I've been on a bit of a Netflix teen dramedy kick, so I thought I'd check this one out. The basis for the movie is a pretty good one. Alex, a medium handsome, fairly nerdy kid explores a first love, Claire. Along the way, he chalks up his sexual hesitance to nervousness until he meets Elliott, a confidently gay young man, at a party. The two become friends and Elliott immediately questions Alex's sexuality. After some questionable relationship choices (he IS a teenage male after all), he finally comes to the conclusion that he is gay. Claire, his friend-come-girlfriend-come-friend again, cheers him on.

So, I'm touchy critiquing this, because I think it a SUPER positive thing to have teen movies showing characters questioning their sexuality and coming to terms with being whoever they are. I thought the movie showed great respect for his internal struggle and confusion, as well. However, the Claire character was still a manic pixie dream girl. She loved all the same stuff as him! She was super into the idea of sex and guided him through what he needed! We even got to see her topless for some reason! Then, after he angrily admits he likes someone else, catches him hooking up with another girl, and he admits it's Elliott he likes, she gets mad for five minutes and then forgives him and supports his sexuality. Now, the Elliott character seemed similarly only there to make him question his sexuality, so perhaps just secondary character development is the real issue here.

I thought the actors did a good job, and I'm happy to see gay coming of age stories. I'm just sad it has to perpetuate other problematic features along the way.
Posted by Tobias at 10:56 AM No comments:

Well, well, well. Hello old friends. I haven't been writing on here for some time, but lately I am feeling anxious to vomit my thoughts and creativity onto all of you again. On the topic of restarting, I'm going to write about just that. As someone who has 1284389 ideas in my head at all times, I have a tendency to begin projects and then not complete them. This blog, of course, is an example (although one would argue that it has no true 'finish' per se).

Since last I wrote, I've had a number of these such things. To start, when I logged in, I saw a draft of a post I was writing entitled 'The University Project - Part I' where I was chronicling my experience of attending University for the first time, as an adult with a full-time job. At the time I was experiencing an awakening of sorts about my workplace. I was working nights and getting interviews, but losing out on jobs that came up. It's a great workplace, so I had no interest of leaving, but I wanted to advance my career. Through asking HR, I found that more education might be the best way to go about that. I enrolled in a business management organizational program at my work in hopes of driving that. Through a weird set of circumstances, I became the supervisor on that shift and after a few terms, sort of veered off of that trail. Three years later, I'm working days doing something I enjoy, but it was only through force of showing up during the day and making my face known and 'selling myself' that I got here.

Music, much like writing, has taken a big ol' back seat in this car called my life as well. Two Bears has been long-defunct and 2-3 other musical endeavours trailed off with half-written songs and ideas existing only as a combination of voice memos and .wavs buried deep on my computer. I joined a bass where I played bass for a while, but it came to my attention that surrounding my own egotism, I much prefer playing my own music. FINALLY, years later, I've been getting some ideas out on paper...er computer. (They can be found here: https://soundcloud.com/tobias-milton-500668711)
It's something I've loved doing since I was 13 years old, I can't believe it's taken me this long to get back on that track.

Anxiety and Depression are the main culprits that have held me back (aside from my general non-see it through-edness) and I aim to work toward changing that. I look forward to returning with more reviews, some recipes and more stories.Looking to restart a few creative avenues in my life and hope you'll join me. 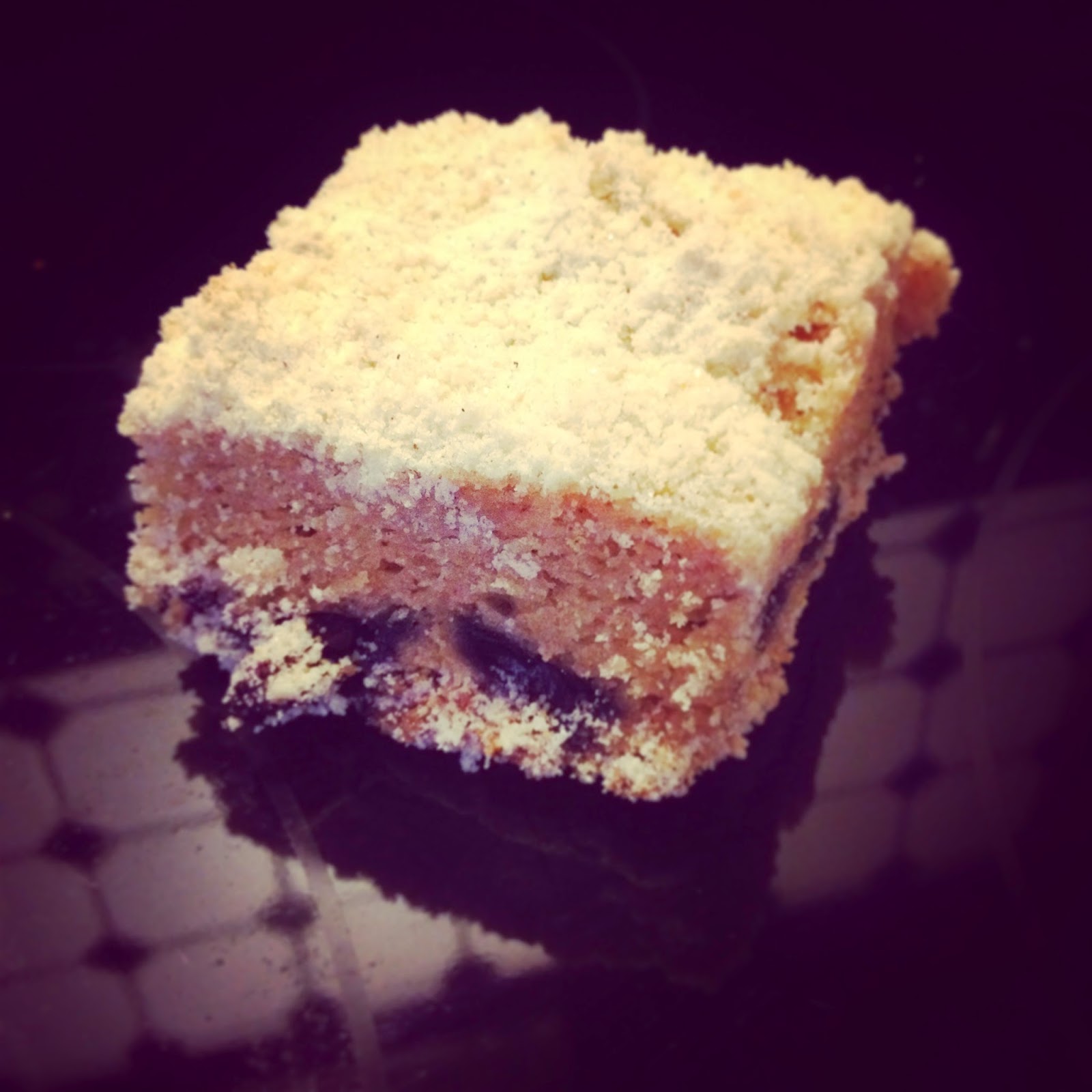 Oh, another long absence. My routine for writing has been out of whack, but this delicious morsel was too good to not write about. Adapted from this recipe: Everybody Calm Down

Combine shortening through 2 cups flour in a mixer, adding in that order. Pour 1/2 of the batter into a 9x13 baking pan and sprinkle the blueberries across the batter, then add second half of batter. Combine 3/4 cup flour, brown sugar, cinnamon together and add melted margarine and create a crumble; sprinkle on top of cake. Bake at 325F for 45 minutes to one hour (test with knife in centre, ours took much longer) 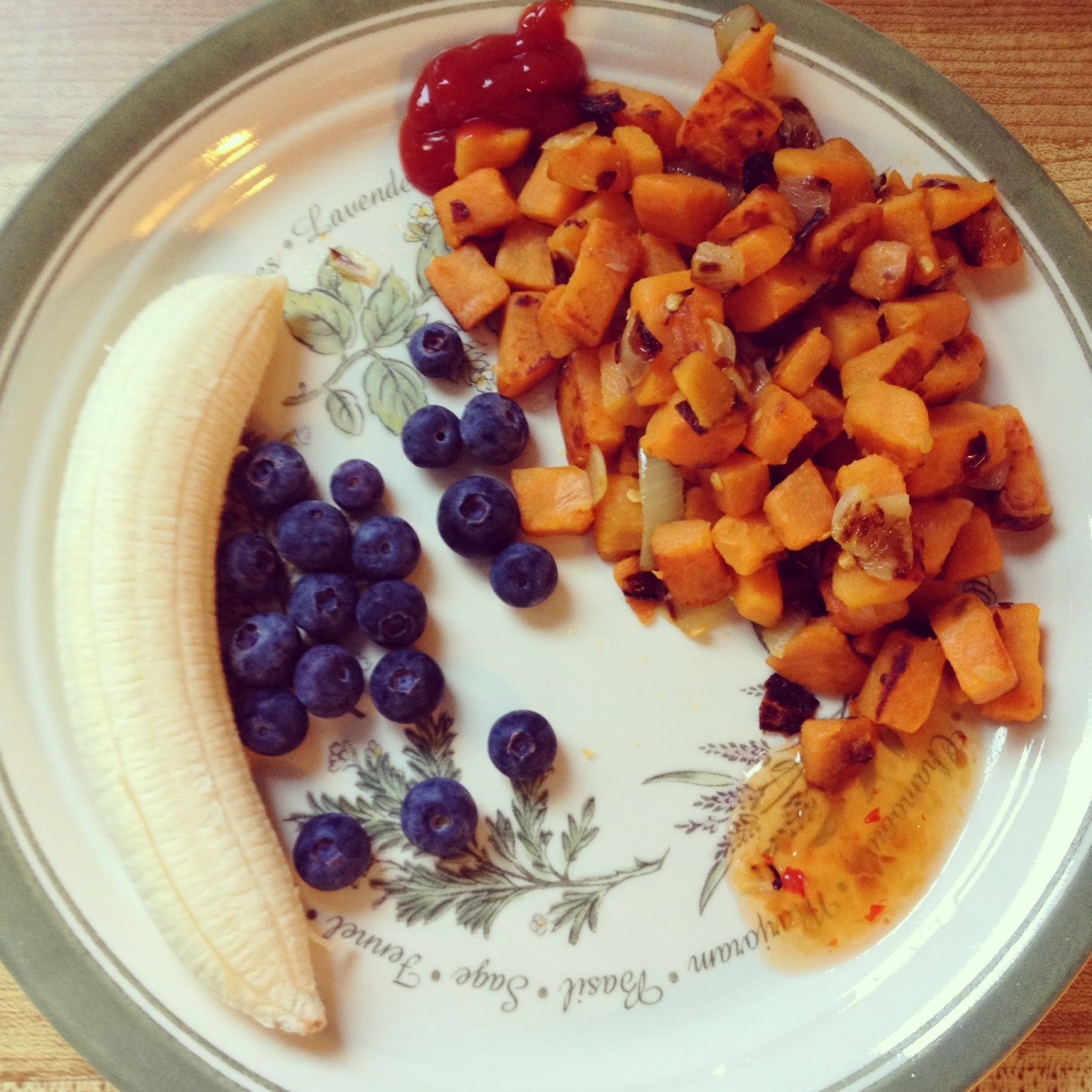 Parboil sweet potatoes for 5 minutes. Meanwhile, chop the onions and begin sauteing. Drain the potatoes and add them to the pan. Stir in the crushed chili and salt and fry until browned on most sides. Serve with Thai Chili sauce, ketchup or chili sauce.
Posted by Tobias at 10:33 AM No comments:

A Record a Week: Paul McCartney & Wings - Band on the Run 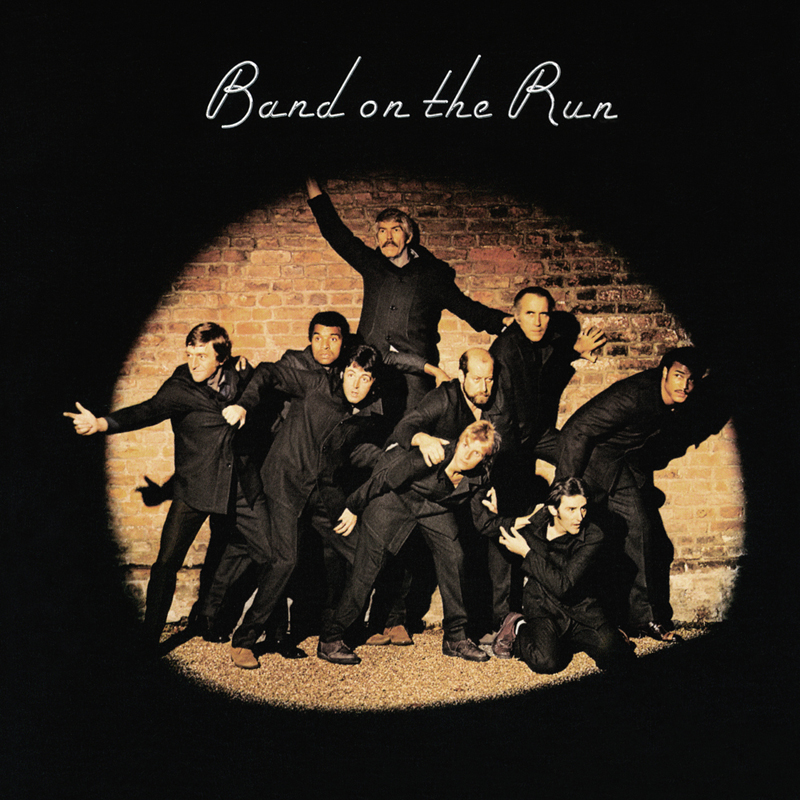 SIDE 1.
BAND ON THE RUN
JET
BLUEBIRD
MRS VANDERBILT
LET ME ROLL IT


I am almost entirely unfamiliar with McCartney's post-Beatles work, except for the title track on this album. I have to say I was pleasantly surprised. The album kicks off with that wonderfully memorable synth-filled intro to Band on the Run, before it kicks into the main part of the song. Then it follows up with Jet, which is more rocky than I had expected the album to keep pace at. It's not until some songs later on the A-Side that you begin to notice the slower parts of McCartney's writing that Lennon apparently loathed so much. However, it doesn't stay like that. The second side picks back up and has a fabulous ending in the final two songs, including some wonderful reprised lines from earlier songs thrown in.

I took so long getting to this record because it represented a piece of post-Beatles music that I wasn't familiar with and I was afraid a lackluster showing might sour me somehow. I purposely steered far clear of anything between Abbey Road and McCartney's recent fronting of the surprisingly hard-rocking Nirvana/Beatles mash. Though it had some of the cheesy McCartney bits, there was definitely some good rock in there. Pleasant surprise!
Posted by Tobias at 12:34 PM No comments: